As best as I can remember, I’ve been joining my friends for the past 13 years for an annual fishing tournament. The general details of a dozen guys gathering on an island will not be shared in this blog post, but I can assure you no fun stone was left unturned.  I will give you some boring Wikipedia details of the lake and tournament.  The tournament is the Lake Champlain International Father’s Day Weekend Derby otherwise known as LCI. LCI is the one of the oldest and largest fishing tournament in the country. Lake Champlain is a beautiful, big lake the borders New York and Vermont.  It’s about 125 miles long and over 14miles wide at it widest. Every Father’s Day weekend thousands of anglers compete for prizes and bragging rights. 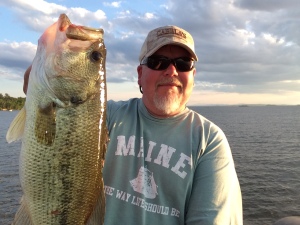 For all of those 13 years my tournament partner has been my brother Big John Rachkoskie.  We spend our tournament week living in a lean-to on Burton Island State Park, just off the shore of Saint Albans, Vermont. A beautiful park with a few amenities and a slow island pace. This year the fishing was good, the weather was fair and as always we had one smashing good time. 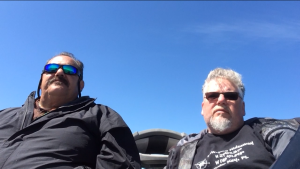 Every year I usually catch something interesting … rocks, shoes and fishing poles have made the list. This year was the first time to catch a coffee pot. 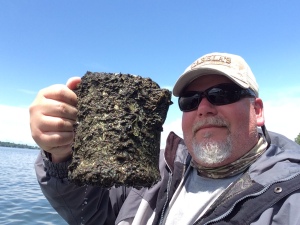 The tournament is done for another year and plans are already being made for 2016.  It’s always fun to take a break from camping to go camping.